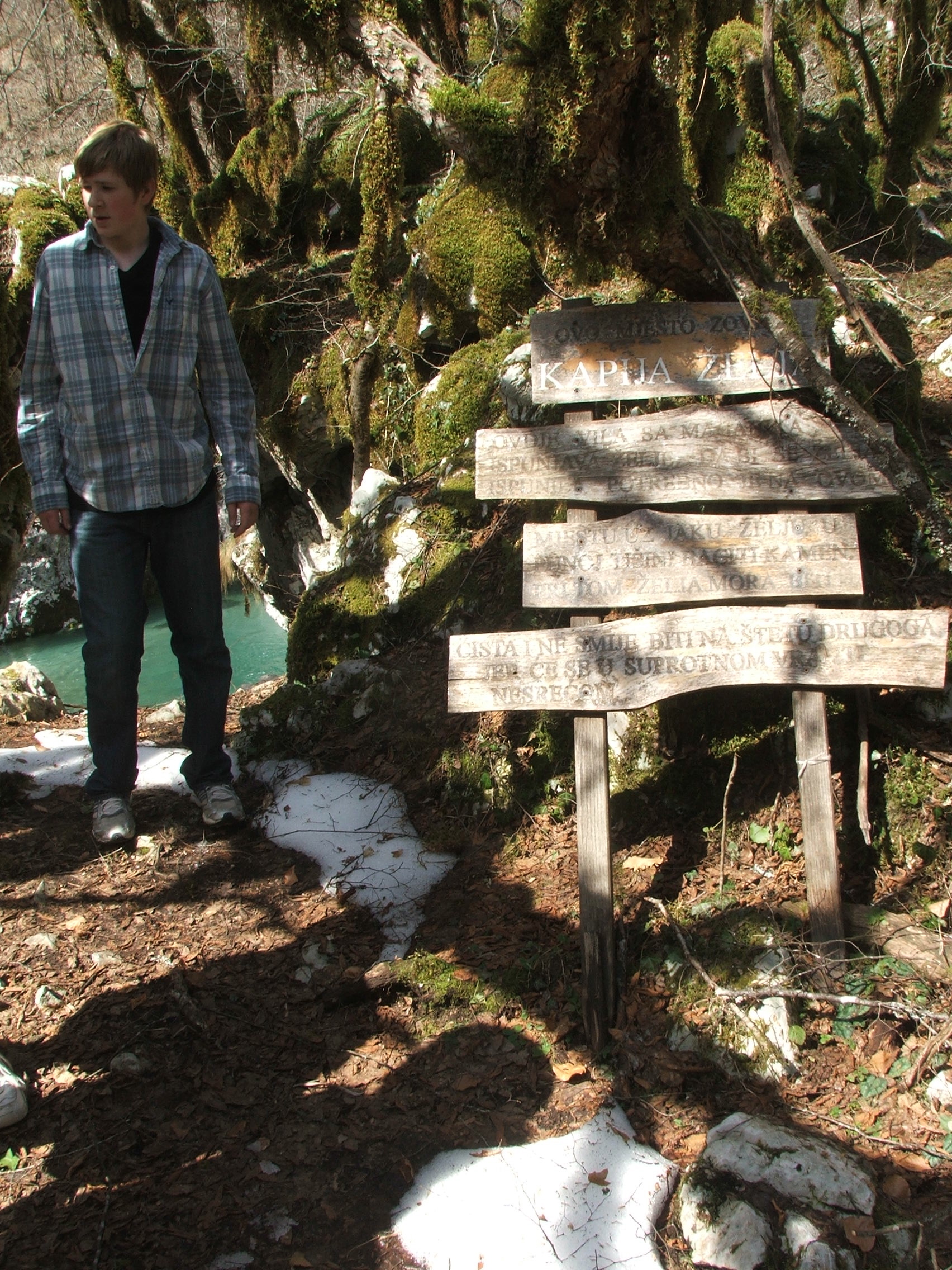 Mike here. We went for a hike this Wednesday to a place called Kanjon Mrtvice. Mrtvice is pronounced Mert-vi-ts-ey. ( All j’s are pronounced like y’s.)  It is an hour and a half away on the winding, mountainous, tunneled road to Belgrade, Serbia.

On the way to the actual canyon part of the hike, we came across a farm and a nice old man who was standing there on the road. He had a white lab that reminded me of my old dog, Wowser. He also had a small, yappy black dog that barked at us the whole time that we walked by the farm. We saw that he had another, vicious looking dog, but that one was tied to his kennel, so we weren’t to scared of him. The farm also boasted around 20 chickens that we could see, and a great deal of sheep that we did not see, but what we did see was the evidence of there being sheep. Lots of sheep. We heard their sheep-bells, too. I think they should all be placed under the category of “cowbells”.

Down the road a bit was another farm, with more hay and sheep, and a small cat that came out and graced us with her company. The farm also boasted a giant German shepherd that barked a great, deep moaning sound. These were both what families call village property, a land holding that has probably been in the family for more than a hundred years.

We stopped earlier than planned because the heavy winter snow had fallen right on our path and, glacier-like, had not melted yet. Our guide, Peter Stonelake, was able to cross it,  but for the rest of us without boots it would have been risky. I was a little disappointed, but everyone else was relieved.

On the way back to our car, I was the only one to see an asp. It was a meter-long black snake that was about an inch around with a yellow stripe on its back. Peter warned us the small black snakes are the most poisonous and not to barre their way of escape (he’s British). 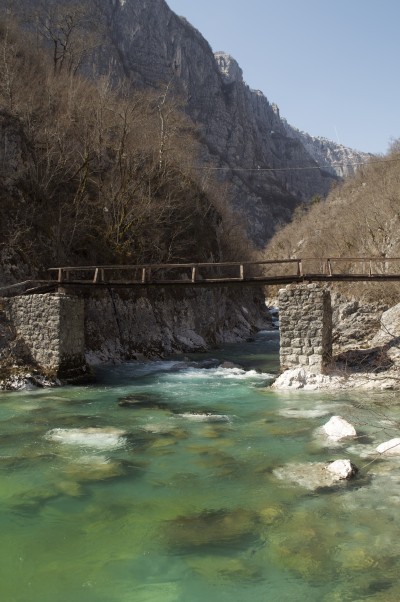 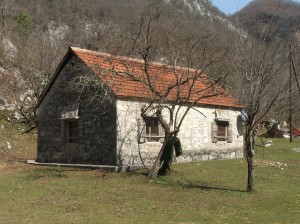