The Lord is my Shepherd, I shall not want, he makes me lie down in green pastures…  from Psalm 23 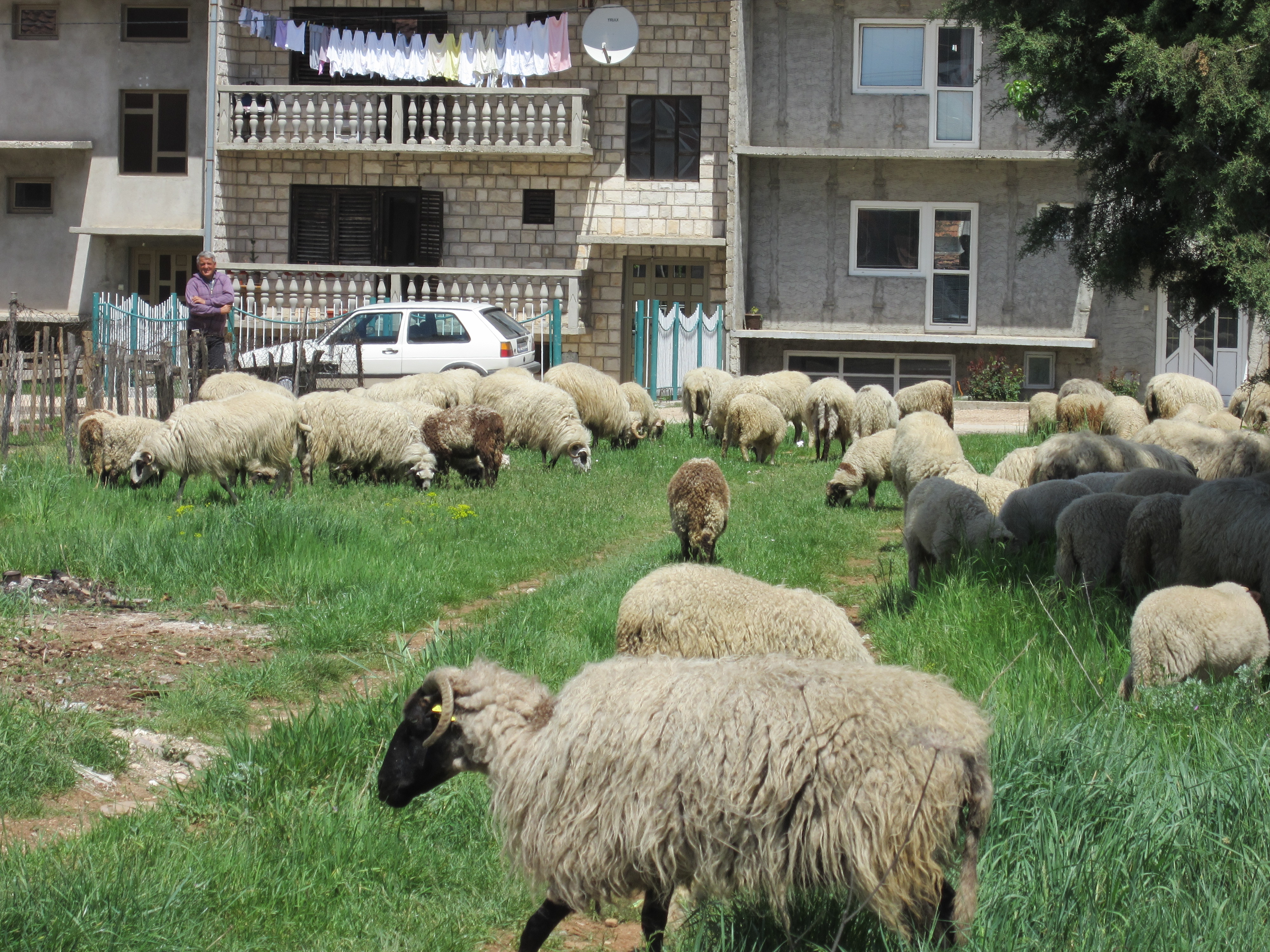 Sheep flocking to the empty lot on our street.

Spring had come to Niksic.  The growth of grass and weeds along the roadways and  empty lots brought the “grazers” to the neighborhood.   One morning I looked out the kitchen window at a large flock of sheep on the other side of our garden fence.  I quickly picked up the camera and raced out to see them. 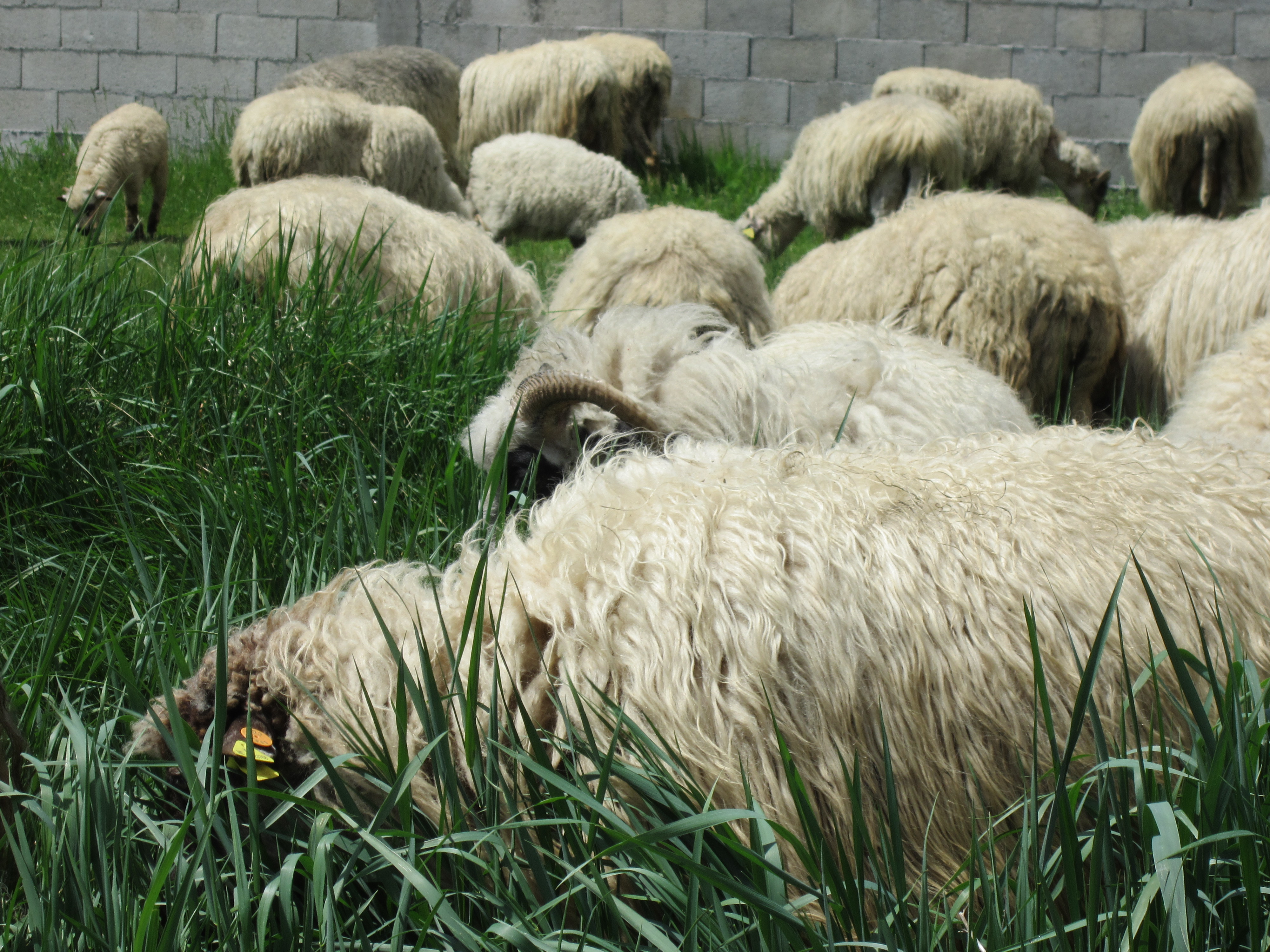 There were 30 or more sheep, filling the open lot, and following each other around munching on the sweet young grass.  Something I noticed while watching them was how they would dart from one location to another following each other.  It was as though they thought another sheep might have found sweeter grass over there and they didn’t want to miss out. 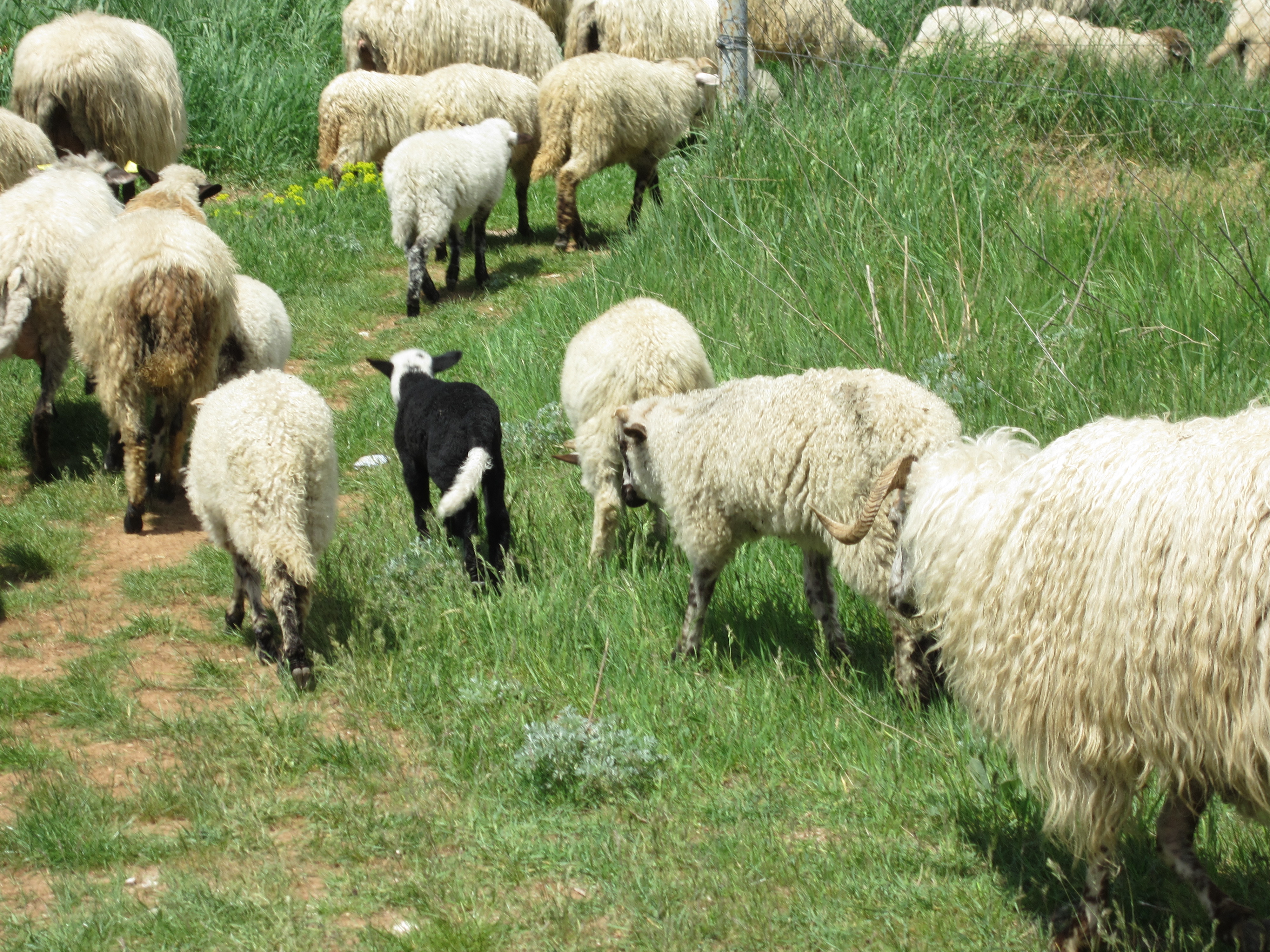 A little black lamp stands out in the crowd.

In my excitement I approached the “pastir” to find out about his sheep.  He nodded “no” to the “engleski” question, but somehow I was able to get the following information from our conversation:  This little flock is from Zabljak up north on the slopes of Durmitor.  It is still too snowy up there–this has been the heaviest winter in southern Europe in many decades.  Some of the lambs are only 10 days old.  The sheep are raised for their milk, which is used for cheese.  This cheese is “kajmak”, which basically is fermented butter.  It’s used as a spread on bread and in traditional recipes. Yum! 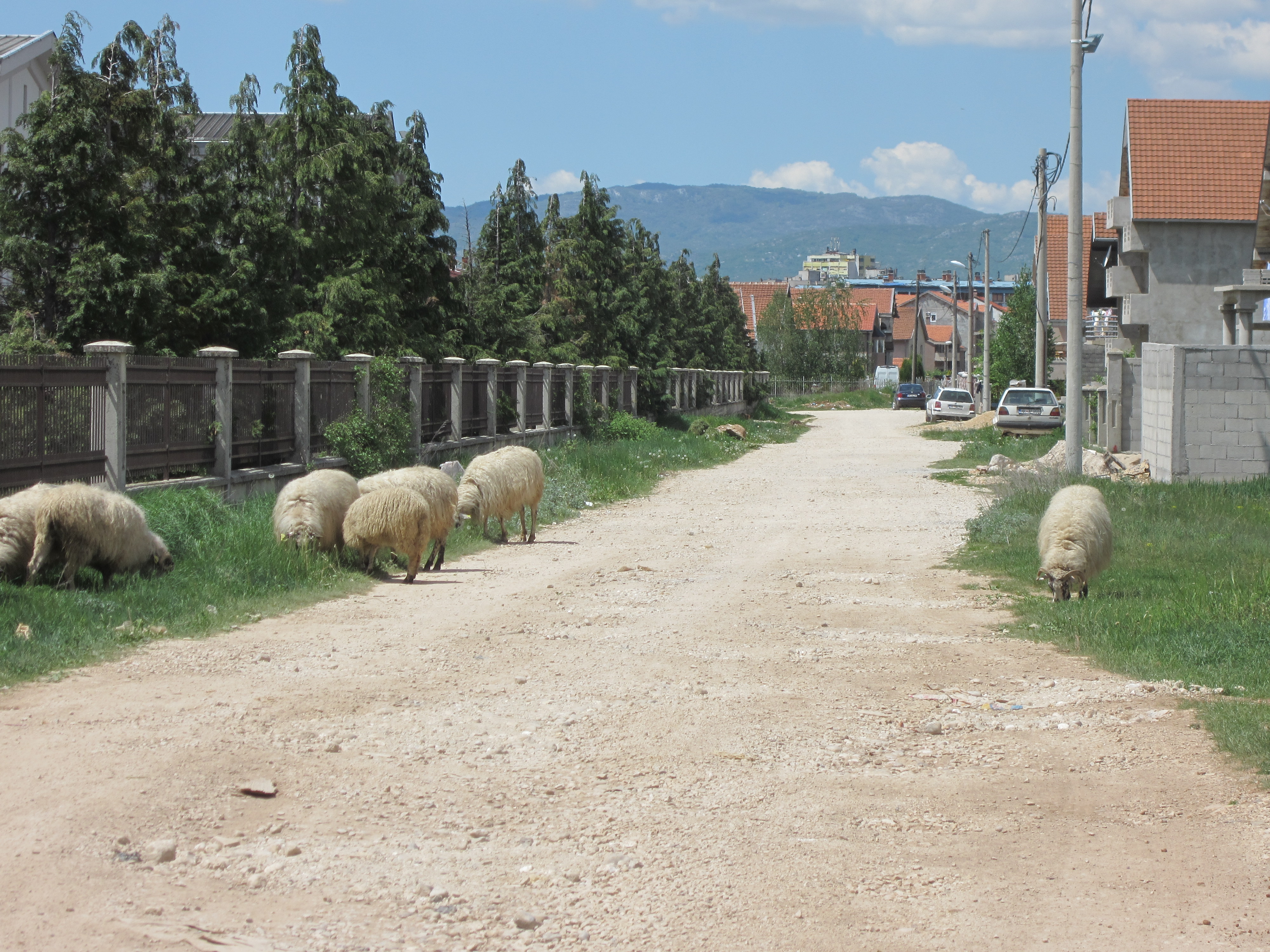